We take great pride in delivering a service that excels expectations. Below is a selection of testimonials from recent clients. 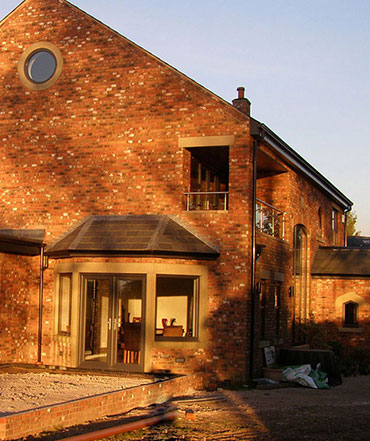 We bought a shell that had been started in 2005 and had walls and a roof but nothing else. We were introduced to Sean through the vendor as he was the original builder. We liked Sean immediately because of his passion for building, the quality of his brickwork and the way he made us feel comfortable straightaway. It was clear that Sean wanted to finish the job he started and convinced us that he could turn this building site into our dream home.

At 4,500 square feet, this was a big project and we only had a limited budget. Sean worked with us to create a project plan and to find the best way of getting the most for our money.

Sean managed the whole project. He has a small group of hardworking tradesmen who work well together as a team and all do a great quality job. Nothing was too much trouble and when issues arose, solutions were found without fuss. Sue and I were included in decision-making throughout the build but if not around, Sean and his team could be trusted entirely to make the right choices.

Over the six month build, we developed a great relationship with Sean and all the guys. They are entirely trustworthy, hardworking, do a great job and even clear up after themselves!

True to his promise, Sean and his team delivered a wonderful home built to the highest standard, within the expected timeframe and pretty much to budget. Sue and I would not hesitate in recommending Hutchinson Construction to anyone. 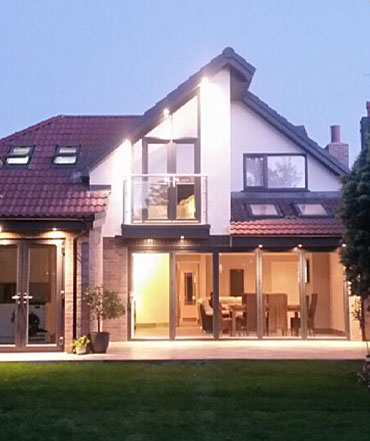 Sean was contracted by us to undertake the 2 storey extension of our property in March 2013. From the initial design and planning he was instrumental in giving valuable advice. Sean was the perfect project manager ensuring the smoothest possible journey for a very challenging venture. After objections from both neighbours plans had to be redrafted 13 times before finally they were approved. During this time he remained positive despite the summer project being forced to start in November and to accommodate planning the massively increased complexity of the job.

Sean was always on hand to give advice and inspired ideas, to offer alternative suggestions in order to get the job done as efficiently as possible, always going the extra mile as if it was his own home!

Sean and his team were always on time, hardworking during all weather conditions. We kept within our agreed budgets and timescales, apart from one totally unforeseen problem with the garage foundations. The quality of his work is always excellent and he demands and gets the same from his team.

It is so rare to find a tradesman who operates in such a professional, positive, reliable, enthusiastic and courteous manner. He sticks to timescales and budget and ultimately produces such high-quality results. We can thoroughly recommend Sean in an environment where finding a quality firm is fraught with uncertainty. It is without question that you get what you pay for – Sean was competitive, but on the basis of his thoroughly deserved reputation we chose him over cheaper quotes and are so very glad we did so.

Thanks once again Sean for a fantastic job which has made such a massive impact on our lives! 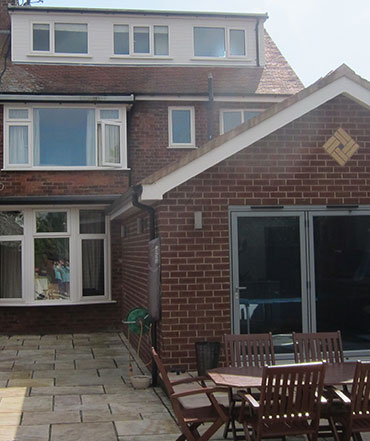 I have used Hutchinson Construction a number of times over the years. I find proprietor Sean to be extremely professional and helpful in his approach to whatever type of building work he applies himself to.

I instructed Sean to complete a major extension to my home, 16 Fleetwood Road, Carleton. This subsequently won “Best Extension within Wyre Borough 2009.” The work was also put forward into the regional finals, where we came well placed. Sean Hutchinson’s knowledge of the building industry has been accrued over a number of years and his firm is extremely skilled and knowledgeable.

Along with renovation works to rentals properties, Sean has completed a major redevelopment of Suda Thai Restaurant in Carleton for me. The work carried out can be viewed at www.sudathai.co.uk. During the process Sean dealt with all building control officers from Wyre Borough Council, planners, sub-contractors etc. Nothing was a problem for Sean during the build process and all of the stress was taken away from me.

I am confidently able to recommend Hutchinson Construction without any hesitation whatsoever. Sean is trustworthy, knowledgeable and professional whilst offering the highest quality of workmanship. Satisfaction is guaranteed and, put simply, you are “in safe hands”.